Your browser is unsupported

We recommend using the latest version of IE11, Edge, Chrome, Firefox or Safari.

There are number of ways climate change is impacting our weather and agriculture in Illinois. 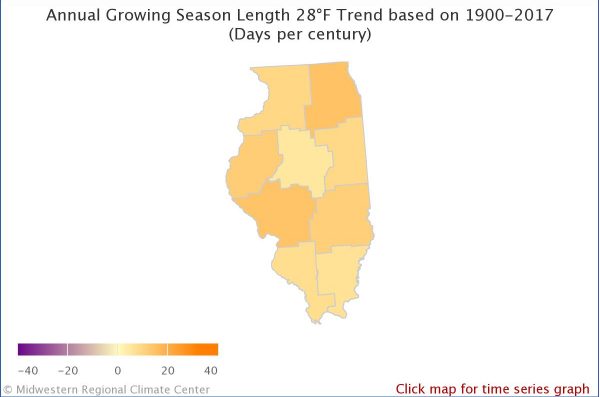 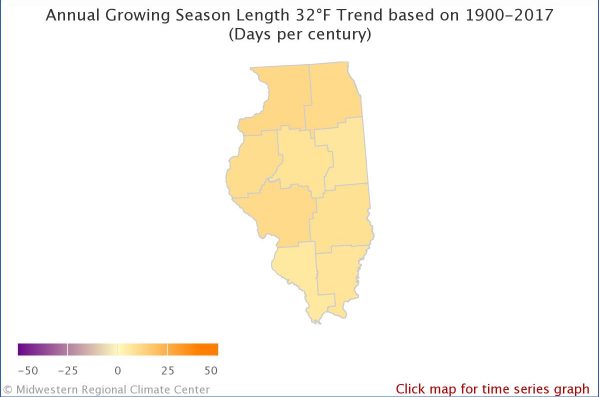 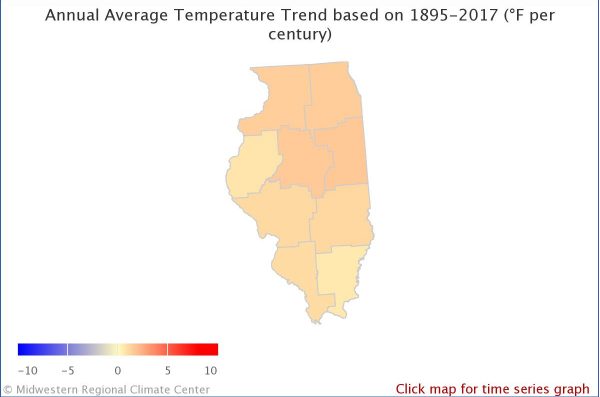 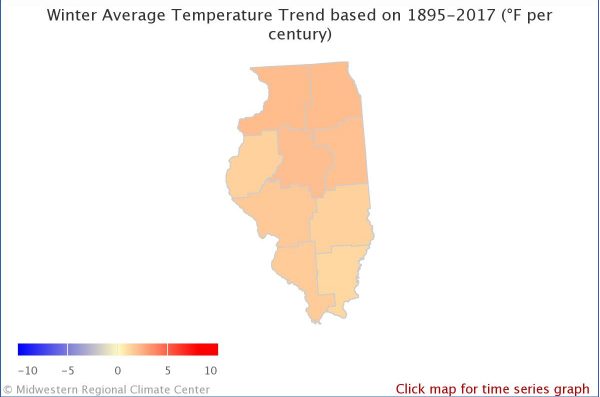 The large map of the United States shows the observed changes in annual temperature from 1901-2016. The two small maps show the average annual temperature change in the winter and summer. Temperatures are rising in much of the country and winters are much warmer. Citation: Midwestern Regional Climate Center